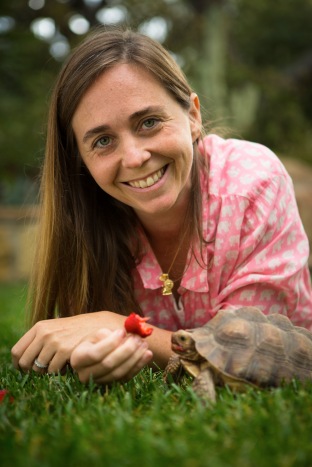 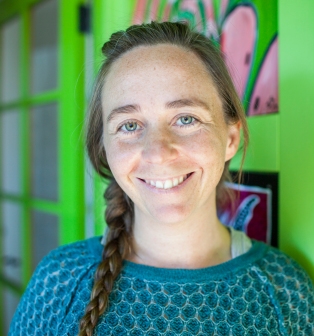 Robin Yardi lives in the California foothills, where—every once in a while, in the dark of night—a skunk or two will sneak by and an owl will hoot. She loves good stories, odd animals, homemade cakes, and kids.

An elementary school teacher and museum docent turned author and presenter, Robin teaches kids in classrooms, libraries, and museums about our extraordinary world and what it means to find your place in it through reading and writing.

For The Midnight War of Mateo Martinez

For They Just Know: Animal Instincts

“An exciting conclusion will satisfy young mystery fans, though the book excels when focusing on Mattie’s internal journey. Author Yardi’s love for nature shines through in this quiet but quirky story about friendship, family, and of course, donuts.” —Booklist

Students will enjoy putting together clues and discussing how they would solve the mystery, and the decadent donut descriptions at the beginning of each chapter make this book the perfect excuse for a classroom donut party. Allison Tran, Mission Viejo Library, CA —School Library Journal Online

“This eco-mystery may appeal to fans of Carl Hiaasen. Narrated mostly from Mattie’s perspective, with occasional chapters from the point of view of Alfred the irritable owl, this book has gentle humor, some action at the climax, and a touching examination of Mattie’s grief. With strong pacing, a fully-realized setting, and well-developed characters, there’s something for everyone.” —School Library Journal

“With an owl who likes strawberry iced doughnuts, an environmental crime, and a family business at stake, Robin Yardi has crafted a sweet mystery about the power of friendship and facing one’s fears.”—Jacqueline K. Ogburn, author of The Unicorn in the Barn

“Readers of all ages will be cheering—and hooting!—for Mattie and her friends as they track down the culprits in this brilliant, high-stakes mystery with heart. Owl’s Outstanding Donuts is, well, simply outstanding!” —Kristen Kittscher, author of The Wig in the Window

School Library Journal: Gr 3–6—A middle grade story with a smidgen of fantasy, in which the intrepid protagonist tackles new and old friendships, his sense of belonging and letting go, and the unbelievable disappearance of his beloved trike. Mateo Martinez is a fourth grader who swears that his trike was stolen by two talking skunks. His family, younger sister Mila, and new best friend Ashwin bear with Mateo’s claim and believe they are dreams, because Mateo constantly dreams of being a medieval knight. From confronting bullies at school and coping with Johnny not being his best friend anymore to strengthening his friendship with Ashwin, Mateo must embark on a quest to figure out who he is, while tracking down the stinky creatures who stole his trike. In this debut novel, Yardi draws parallels between the fantasy world of talking animals and Mateo’s reality of growing up and finding himself. Throughout the book, the protagonist confronts internal battles about being Mexican American but not being able to speak Spanish as well as his views of race and ethnicity and who belongs in his neighborhood and in the occupied city of Santa Barbara. On this particular point, the author doesn’t expand much. VERDICT A fun, action-filled tale whose protagonist has a distinct and sincere young voice. Recommended for collections and libraries that serve a lower middle grade population. -Sujei Lugo, Boston Public Library, MA

“Utilizing a gentle sense of humor and incisive insight, the author negotiates Mateo’s developing identity with aplomb, especially his Mexican-American heritage. . . . A magnificent novel that defines what it is to be an older brother, a friend, and, yes, even a knight.” -starred, Kirkus Review

“[A]n imaginative backyard adventure with light touches of fantasy. . . . Mateo is an admirable character striving to live by a knight’s code of honor. . . . His gallantry . . . and antics with the neighborhood wildlife make for quite the charming tale.” -Booklist

“In this debut novel, Yardi draws parallels between the fantasy world of talking animals and Mateo’s reality of growing up and finding himself. . . . A fun, action-filled tale whose protagonist has a distinct and sincere young voice. Recommended for collections and libraries that serve a lower middle grade population.” -School Library Journal

Drawing a line between human and animal behaviors, this debut from Yardi teaches children about instinctual behaviors. Alternating double-page spreads first show anthropomorphized animals “learning” how to do something and then the reality: spring peeper tadpoles don’t get lessons in leaping at school, and no one has to teach them their iconic song. A turn of the page reveals: “Mother peepers lay a lot of lovely eggs and hop away. Little tadpoles just know what to do, all on their own.” Klein’s artwork is the real draw, though. The anthropomorphized scenes will certainly elicit chuckles from both adult and child readers: a mother sea turtle rocking her baby in a cradle, a baby kingsnake coiled round a teddy bear, a horn shark in a highchair, tiny tadpoles wearing backpacks. Turns of the pages reveal realistic scenes of the animals in their natural habitats. And the final message—animals don’t need toys, help, or hugs, “but you do!”—is one every child will relish hearing. The “For Creative Minds” section in the backmatter delineates instinctual vs. learned behaviors and gives children a chance to determine which are which. A double-page spread then talks about life cycles and metamorphosis and asks readers to match adults and their young. The dichotomy between the anthropomorphized scenes and the realistic ones artfully highlights the divide between the animal world and the human one. (Informational picture book. 4-8 – Kirkus Reviews